Stay up to date by visiting this page for updates from our Fisheries Team. 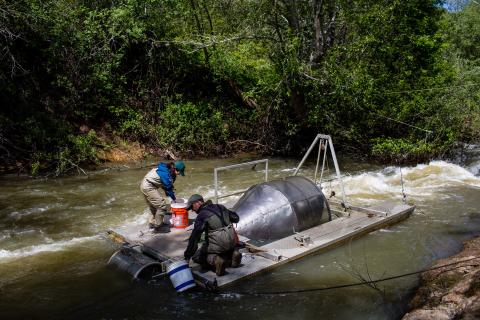 Smolt captured, measured, tagged and about to be released

Marin Water’s Fisheries staff, along with Corpsmembers with the Watershed Stewards Program, spend a fair bit of time counting fish in Lagunitas Creek. In the winter we count adult salmon as they migrate upstream from the ocean and build their gravel nests, called redds. In the summer, we estiFisshmate the numbers of tiny salmon and steelhead that emerged from those redds. And every spring, we count the smolts (juvenile salmonids that are transforming into saltwater fish), migrating from Lagunitas Creek to the ocean. We count these fish by catching them in a rotary screw trap, which looks a bit like a jet engine spinning between two rectangular pontoons.

The trap doesn’t catch all of the fish, of course. We estimate how many fish pass by the trap by marking some fish, releasing them upstream, and counting the ones that we catch again. Under ideal conditions, we can catch upwards of 70% of the Coho and Chinook Salmon smolts migrating downstream. Steelhead smolts are generally older, larger, and better able to avoid the trap, so we catch fewer of them. We count all the fish, measure some, give some a transponder tag, and send them back on their way.

We operate the trap at least four days per week from late March into early June, and seven days per week during the peak of the Coho Salmon migration. Since starting this monitoring effort in 2006 we’ve learned that Coho Salmon migrate in large numbers during the new moon, likely using the darkness to avoid predators. This year, as expected, we observed a sharp increase in Coho Salmon smolts following the new moon on April 30. The sheer number of smolts, however, was a surprise. On May 2 we captured 470 Coho Salmon smolts, which was the third-highest catch ever. Over the last couple of weeks we’ve captured well over 3,000 Coho Salmon smolts, which rivals some of the largest migrations we’ve seen.

So why do we put so much effort into counting these fish? In addition to collecting basic information on an endangered species, we also want to see if the fish have benefitted from habitat improvements that Marin Water has implemented over the last quarter century. The data indicate that Coho Salmon are surviving at higher rates throughout their freshwater life stage. And there are hopeful signs that they will survive well once they reach the ocean. Recent high winds have been stirring up cold water and nutrients, producing plankton blooms and salmon food. If all continues to go well, large numbers of adult Coho Salmon will return in late 2023, and we’ll be ready to count them. 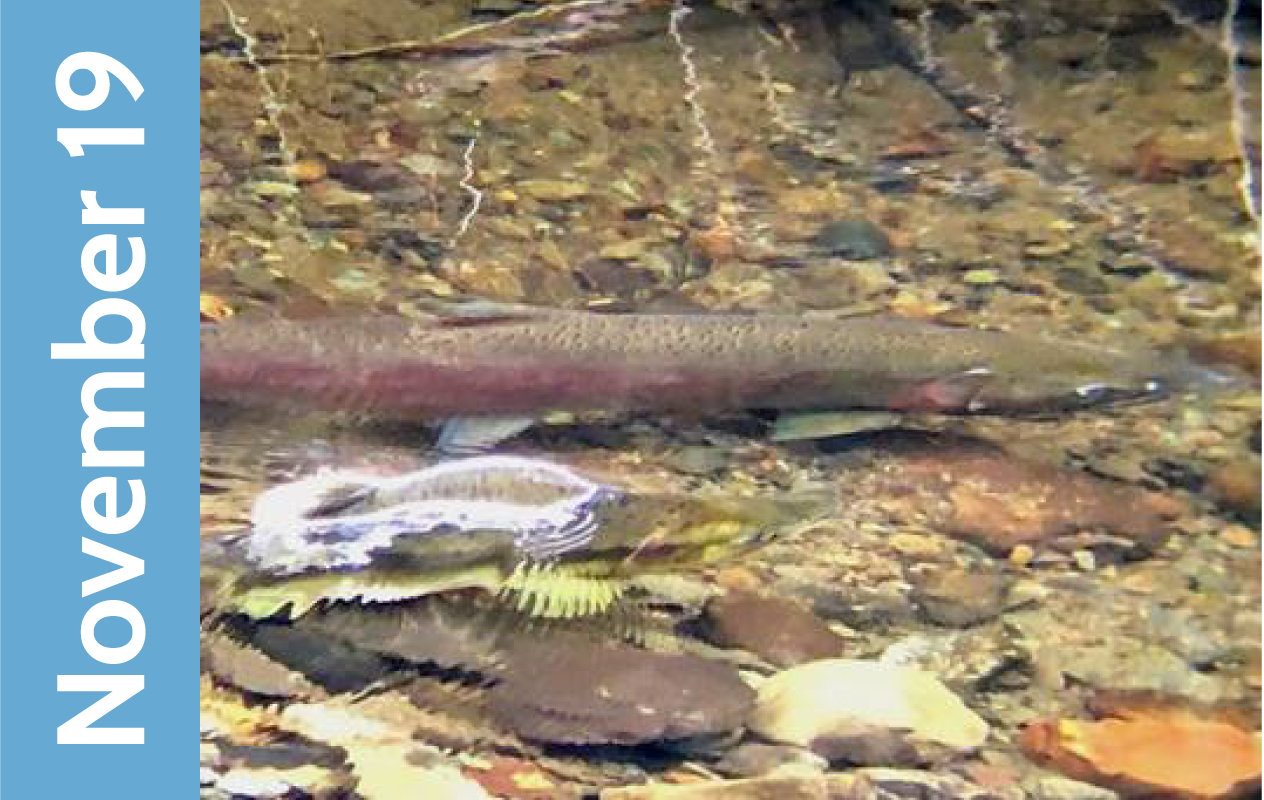 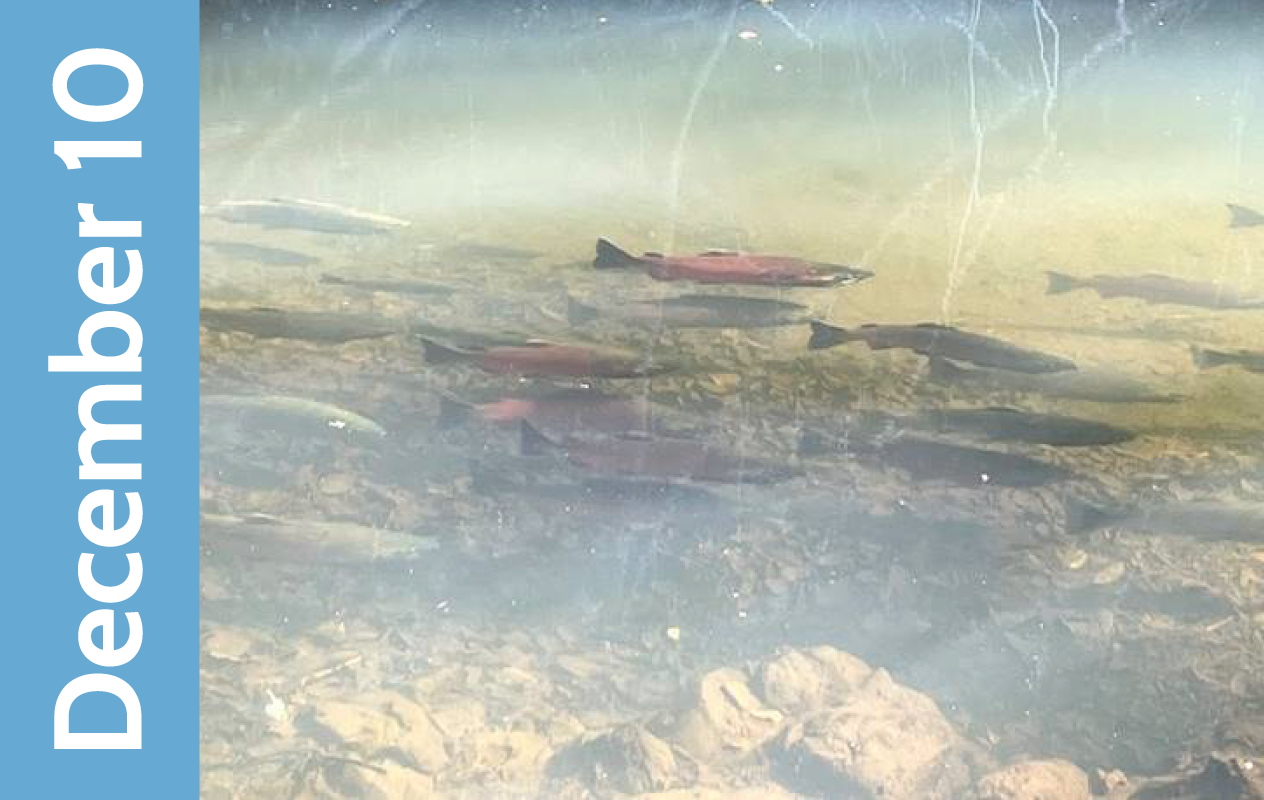 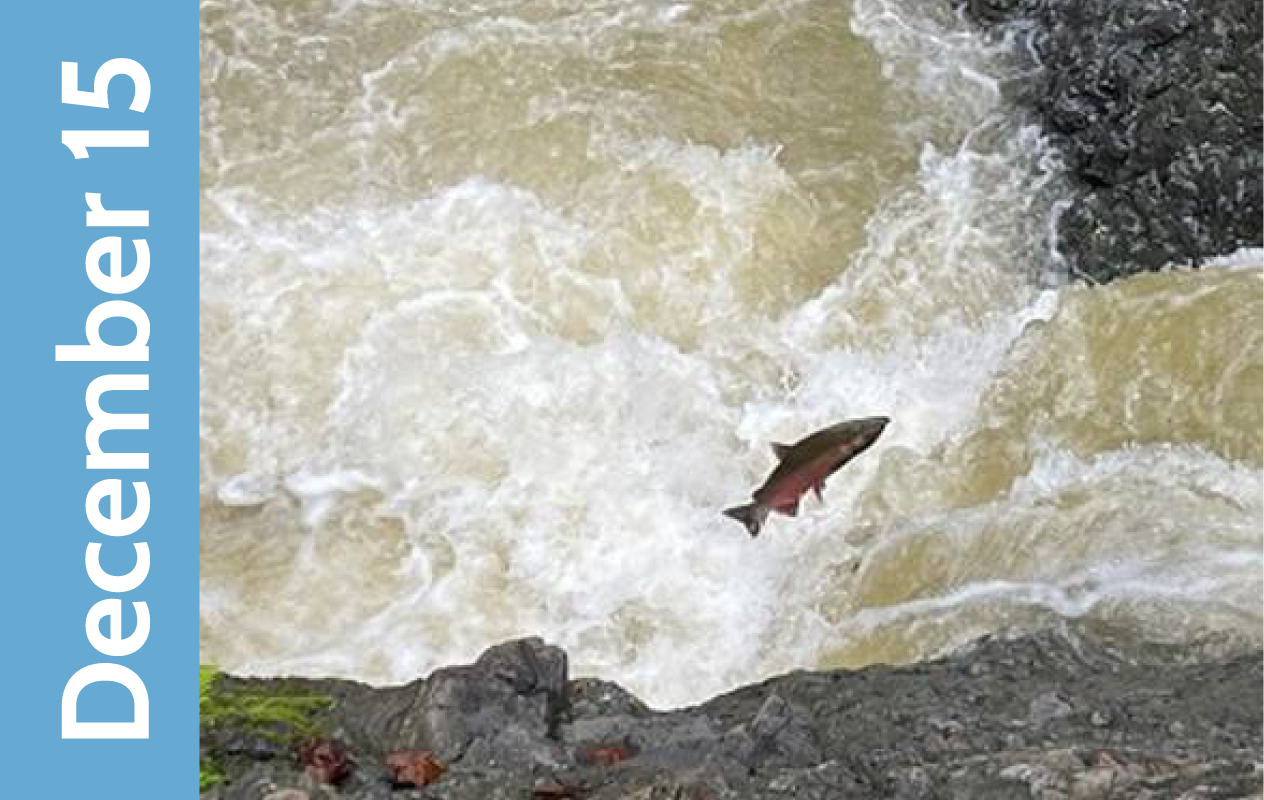 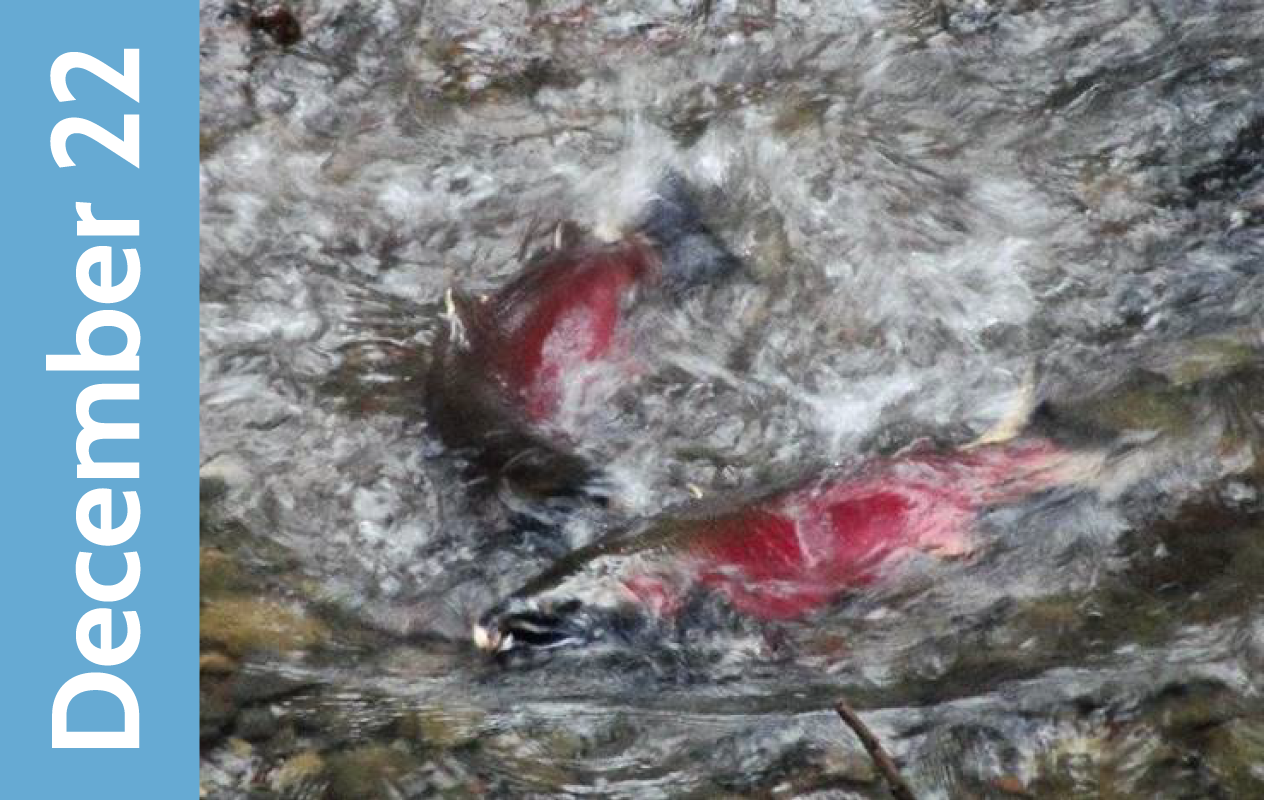 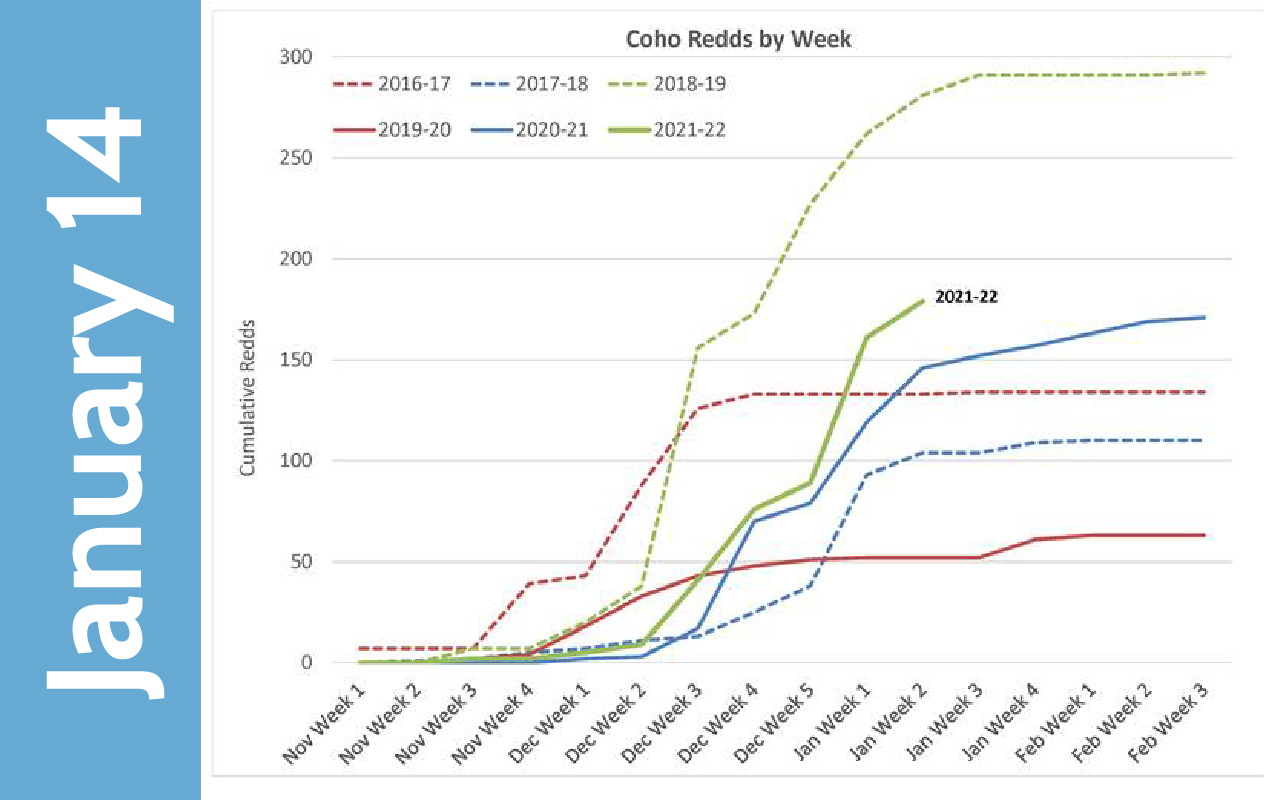 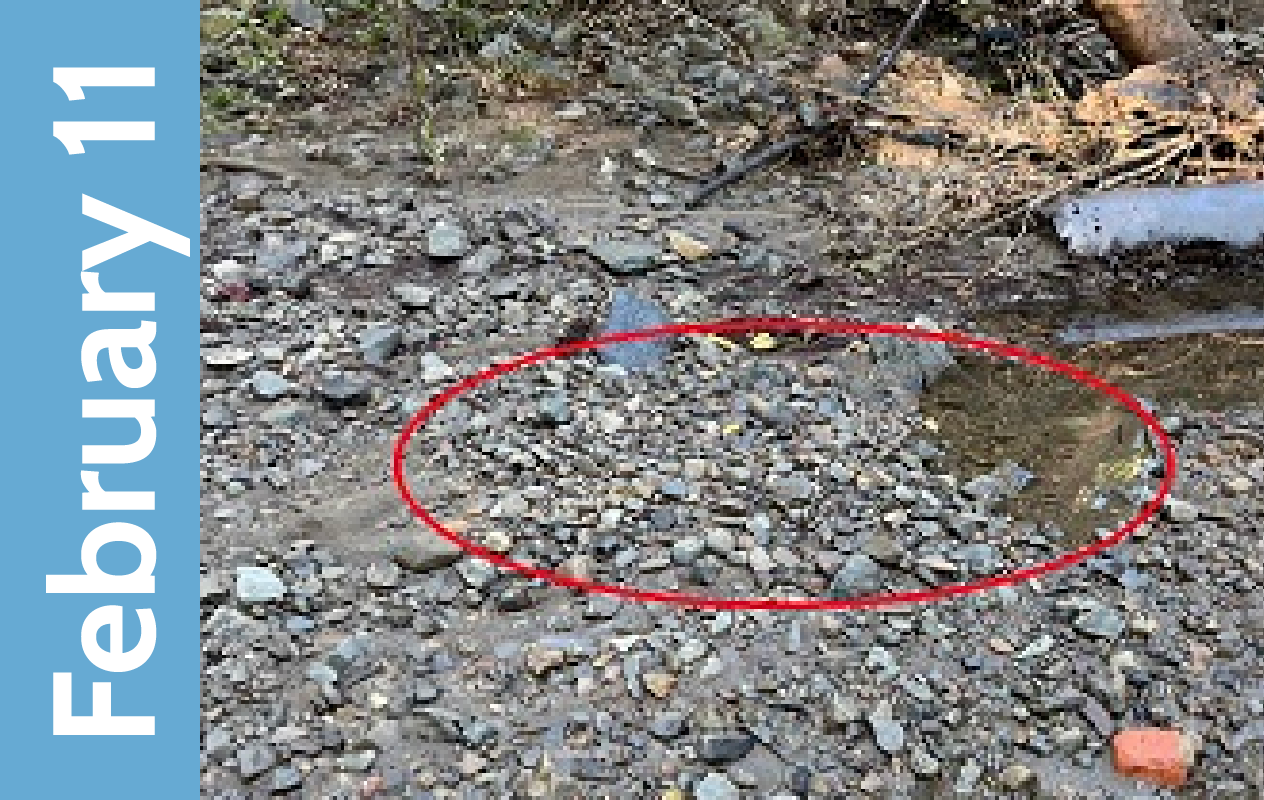